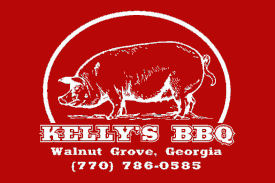 Cross Roads BBQ was opened in the early 1970's by a man from North Carolina by the name of Lawson Pheps. Phelps began the business out of a small concession trailer using his Carolina recipes, which are still being used today. He sold his business to Tom Kelly in the mid 1980's when it was renamed to Kelly's. 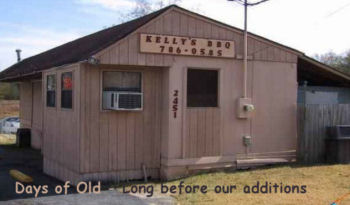 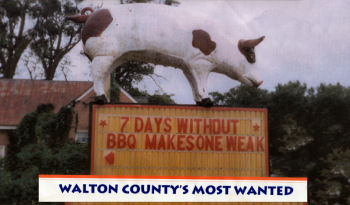 The large fiberglass pig on the sign was a beloved mascot for Kelly's and became a landmark for Walnut Grove through the 1980's an 90's. The iconic pig was stolen in 1999, never to be returned or found, despite a reward offered. We often hear people say they know where the pig is now, but so far we have not had anyone willing to share what they know. We would still love to have this icon returned to our property to carry on the tradition of seeing the pig in Walnut Grove, GA.

Kelly's BBQ was purchased in 2008 by Stephen and Christy Eberhardt. The Eberhardt's have enlarged and improved the Kelly's BBQ building. Christy, Stephen and the entire Kelly's team are all dedicated to serving the community and visitors delicious, fresh BBQ and cooked to order meals in a friendly hometown setting. 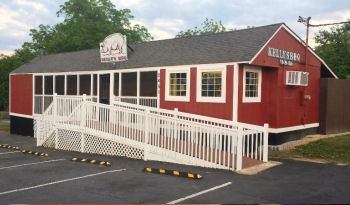 Kelly's as it is now.